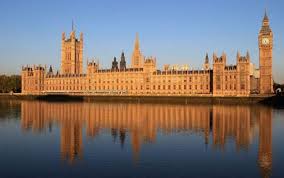 Heathrow expansion is a “lost cause”, according to the airport’s largest airline, despite a cross-party pledge to make a quick decision on new runways in the next parliament.

Willie Walsh, chief executive of International Airlines Group, the owner of British Airways, said Britain’s political class lacks the character required to push through a policy as controversial as a third Heathrow runway.

“Historically, politicians have not been brave enough and I don’t think they will be brave enough going forward. You need a big shift in the politics of the country,” he said. However, Walsh warned a Conservative or Labour-led government against choosing Gatwick for an extra runway, adding that the case for growing the capital’s second-largest airport is “significantly weaker.”

He said: “The airport does have capacity. You could make a case to build a second runway. The case is significantly weaker – and I don’t care what scale you want to use – than the case you can make to expand Heathrow.” He added that Gatwick did not have the same international attraction. “You won’t find many airlines that say ‘God I’d love to be able to fly to Gatwick’. That’s why this isn’t a business issue, an economic argument. It’s a political argument and the politics of expanding Heathrow are significantly more difficult than the politics of expanding Gatwick.”

Walsh also warned about uncertainty caused by the Conservative “fixation” with Europe and the promise of an in-out referendum. “The UK pulling out of the EU would be a blow to business, certainly. Withdrawing would be a mistake for the UK. When I travel around the world, people ask me – the UK isn’t going to pull out of Europe, surely? I think there is great surprise outside when people look at the debate that’s going on within the UK.”

British Airways will continue to look to expand in Asia, including a return to Kuala Lumpur in May 2015, and will look at other routes as more of its 787 Dreamliners on order are delivered. But Walsh admitted that its expansion in China had been slow. He said the latest Chinese route to the growing city of Chengdu, launched in late 2013, had disappointed and was slower to develop than hoped. “In terms of passenger demand, we are struggling as a result of Chinese visas. That’s a perfect example of where UK government policy is working against the UK interests of developing more business with China.”

Walsh also claimed that Sir Richard Branson has handed over control of his Virgin Atlantic airline to its “more rational” American minority partner Delta Air Lines. A 49% stake in Virgin owned by Singapore Airlines was sold last year to Delta. Virgin and Delta have since confirmed a transatlantic partnership and codeshare on routes from Heathrow to the US. Branson’s carrier has meanwhile rowed back from a range of destinations around the world, announcing withdrawals from Mumbai, Tokyo and Nairobi.

Walsh said: “Virgin is controlled by Delta. Decisions are taken in Atlanta by the Delta management team who are one of the best in the business. They are much more rational in terms of their behaviour.” He added: “Virgin has almost disappeared… Delta control Virgin, without any doubt, without any question. We just call it Delta now. “

Walsh said that he believed foreign ownership rules, which prevent non-European companies from running EU airlines, should be scrapped, but said he expected them to be applied to Delta. He said: “You could argue that if the rules are there they should be applied. The US is stronger on this… Europe is weak. Europe has lots of rules that they don’t necessarily abide by.”

A spokesman for Virgin said: “We agree Delta are the best airline partner in the marketplace and are glad Willie Walsh feels the same. We’ve clearly rattled his cage by how strong a competitor we now are on the US route.”

Walsh took a further swipe at his rival, whose domestic service to Scotland and Manchester from Heathrow, Little Red, has been operating with a large proportion of empty seats. Its Heathrow slots, owned by BA, were awarded to Virgin by competition authorities after BA bought BMI from Lufthansa. Walsh said: “It’s looking terrible. The fact is that they are struggling – you cannot make money flying planes that are less than half-full. I said it would be a mistake and am delighted to be proven correct.”

Walsh was speaking on the first flight from London to Washington of BA’s A380 aircraft, the first time the two nations’ capitals have been connected by the two superjumbos. BA has now received 7 of the 12 doubledecker Airbus aircraft, which can carry up to 469 passengers.

Walsh said the plane was a “beautiful machine” for Heathrow. “The business case for the A380 was based on high-volume routes when frequency was not in a critical issue in a slot constrained airport like Heathrow, and it’s absolutely perfect in that environment.”